Concern about the availability of child pornography on the internet has led to a sharp rise in the number of criminal prosecutions over the past 15 years. 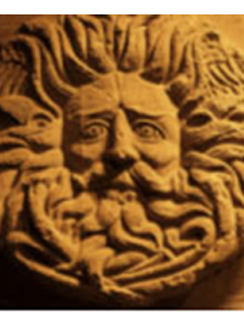 Media reports about thousands of illegal images found on a person’s computer give rise to a presumption of guilt – after all, if the images are there, someone must have put them there.

There are many cases where this is true and the user may be part of an illegal file-sharing network which slips under the radar of internet monitoring.

But in other cases – particularly where the material has been downloaded from publicly available ‘free-to-view’ sites – culpability may not be so clear.

Evidence may rest on ‘recovered images’ – strings of deleted and overwritten data that can be forensically reconstructed. This will demonstrate that particular images were downloaded sometime in the past, but not whether the user is the agent of access.

Images downloaded may be through automatic redirection and pass onto the hard-drive of a computer without the user’s intention or knowledge. They may be invisible, or thumbnails that were part of a menu of multiple images.

Findings by the Internet Watch Foundation, who, with the police are among the few organisations legally entitled to research child pornography on the web, suggests that at least 33 percent of illegal child abuse images are on legal adult entertainment websites.

Thus anybody accessing legal adult pornography may be at risk of having illegal material downloaded without their knowledge. And because these sites are often compromised through redirection, potentially incriminating search terms, keywords and website addresses may become logged on the harddrive without the user’s knowledge or intention.

As internet technology has evolved, the presumption that either the user is guilty unless identifiable malware or viruses be found on the harddrive no longer holds.

A computer linked to the internet is not a ‘sealed box’ where traces of data found within it are an infallible indicator of intentional user activity, but rather it is a vehicle within a two-way traffic system.

The person at the keyboard may direct some, but not all, of the traffic that flows through his computer.

Without good advice, an innocent defendant may be at risk of being persuaded to plead guilty because s/he cannot refute the charge.

In addition to standard forensic analysis, Chris Saltrese Solicitors has adopted a new approach to defending disputed cases based on the reality of the internet, how it works and how it may incriminate the innocent. (See R v C Cases and press)