The avalanche of claims about the deceased Jimmy Savile following a television expose in October 2012 revived conspiracy theories and claims of cover-ups.

The launch of Operation Yewtree was posited on a ring of celebrities who abused and raped women and children with impunity. Before long the children’s home ring theories were being re-investigated and suggestions of cover-ups involving powerful elites including politicians and the defunct Paedophile Information Exchange were live issues. 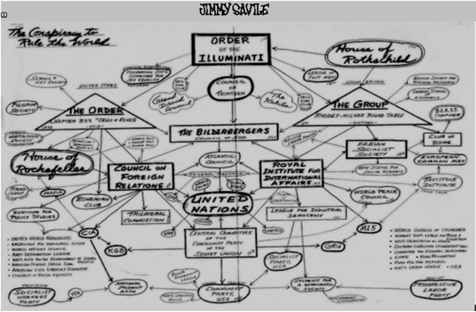 Much of this hysteria had been fermenting on the internet over the years and can be traced back to the satanic and network scares of 1980s. Just as in the pre-war Nazi and fascist period theories circulated about the world economic order being run by Bolsheviks and Jews causing the economic collapses that paralysed Germany, so too did theories of the world being run by an elite network of paedophiles in high places sating their lust for power on the innocent.

As inquiry after inquiry revisits the past with speculative retrospective allegations, distortions run riot. While it is certainly true that misconduct was often overlooked in the past, there is little substantive basis for widespread deliberate cover-ups and no evidence of systematic abusive networks in control.

But the upshot of the constant re-working of the past has resulted in more and more allegations being prosecuted with the prospect of further widespread injustice as innocent people are caught up in the net.