Successive governments’ commitment to ‘redressing’ the criminal justice system in favour of victims has had a precarious effect on the fairness of sexual offence trials over the last 20 years. Safeguards against wrongful conviction have been destroyed, while other measures directly prejudice the defence.

Video recorded evidence precludes testing the complainant’s evidence against their statement with cross-examination now tightly circumscribed to avoid upsetting the witness. Judges direct the jury to consider whether inconsistencies and contradictions in accounts are the result of trauma, so that the normal way of assessing reliability and credibility of evidence is compromised.

These measures may effectively undermine the standard and reverse the burden of proof.

Before 1994 judges in uncorroborated sex offence trials warned the jury that experience demonstrated that it was dangerous to convict on uncorroborated evidence but if they felt sure they could do so.

The mandatory corroboration warning was abolished by statute as being ‘demeaning to victims’. Since that time the presumption of truth in sexual allegations has become commonplace in the media and criminal justice system. Complainants are routinely termed ‘victims’ while there are strict rules on the extent to which they can be cross-examined on credibility at trial because it is felt to be a traumatic form of ‘re-victimising’.

But there are good reasons to believe that false allegations are far more prevalent now than when the corroboration warning was in force. Reasons include the following:

Compensation may be a strong incentive, with mass civil claims bundled against the authorities running the home or school.

Claims of abuse also fit in with the trauma theories. Many ex-care home residents have had a damaged childhood prior to being in care and may go on to having difficult adult lives, including alcohol, drugs and criminal offences. To attribute these problems to institutional abuse where there is a potentially significant financial reward may be an easy source of temptation.

Official figures for false allegations are misleading. At 2 per cent they only deal with cases that are proven to be false. These tend to be contemporaneous allegations where there is independent evidence to disprove the claim. Most allegations cannot be definitively disproved and rely on one person’s word against another’s.

The rise of historical allegations and prosecutions has exacerbated the risk of wrongful prosecution and conviction. It is easier for a jury to come to a rational verdict when the evidence is fresh and there are circumstantial facts to rely on either way.

In historic cases there is usually scant evidence to directly contradict an account. Consequently it may be both more likely that a case is prosecuted and also that a defendant is convicted on fragile evidence.

Research figures from the early 1980s suggested that sex offenders were far more likely to admit offences than other groups. The figures were around 90 per cent of admissions in two separate studies – sex offenders as a whole and incest offenders.( Mitchell B. (1983) Confessions and police interrogation of suspects. Crim Law Rev Sept 596-604; Manchester A. Incest and the Law in Family Violence (1978)).

These figures were gathered at a time when there were comparatively few prosecutions with few child and historical cases. So it might be said that there are particular characteristics of these types of offenders lending themselves towards denial. However the ‘theory of denial’ as it is sometimes called is prefaced on the presumption of guilt, so rates of denial among genuine offenders as opposed to the falsely accused, are not differentiated.

There is no sound evidence to believe that sex offenders are more likely to deny offences than any other offender, and where people are of good character, having no previous criminal convictions, denial and consistency may be, depending on the evidence, an arbiter of comparative reliability. 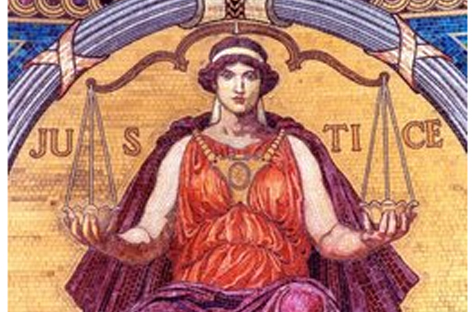 Avoiding wrongful convictions is the bottom line of our system of justice, but there is also an imperative to convict the guilty.

How can this dichotomy be resolved? In fact by far the best way to ensure convictions are safe is prompt reporting.

Where there is forensic evidence, CCTV, circumstantial evidence and recent witness recall it is much easier to gain a perspective as to whether or not the offence really took place and to gauge the respective credibility of the complainant and the defendant.

Even after a few months relevant evidence may be lacking. When allegations go back decades the danger of wrongful conviction is dramatically increased.

While it is understandable that young children may be unable to make immediate reports, many child victims are teenagers with sufficient autonomy to phone Childline or tell a person in authority.

One way of reducing the risks is to introduce a statute of limitations, as is the case in most jurisdictions. This would mean that beyond a certain time limit it would not be possible to prosecute old alleged offences.

A limit of three or five years beyond the alleged offence, or the age of majority in offences against children, would limit the number of stale cases going to trial.

As a safeguard against failing to prosecute compelling historical cases, there could be a proviso allowing the prosecution to satisfy the court that a fair trial was possible because of exceptional independent evidence, such as a DNA match.

Many would argue that such a proposal was unfair to complainants who may take many years before they can come forward.

But it is arguable that people have a public duty to report serious crime, not least because to fail to do so may put others at risk. Furthermore as stated prompt reporting increases the likelihood of a safe conviction, so this is of advantage to genuine victims.

The current rules of evidence allow for multiple complaints to be tried together and for one accuser’s evidence to support another’s. This is fair where the complaints are truly independent and the evidence establishes a distinct modus operandi. There are striking examples of multiple rape cases where an unknown assailant is subsequently matched by DNA to other offences.

But if complainants have discussed allegations before going to the police, or have found out about accusations through media publicity, the police or the internet how can we be sure they are not providing ‘copycat’ evidence?

There is an inherent danger in multiple complainant cases that weak allegations will be bundled together to bolster the case. Taken individually a case may be full of holes and the complainant unconvincing, but a jury may be persuaded by the sheer quantity into convicting regardless of the quality of the evidence.

Likewise there used to be a rule against using the fact of another sexual allegation in support of another because it was seen as prejudicial to defendants in multiple complainant trials. There was a requirement for a ‘striking similarity’ for this to be admitted.

In 2002 the House of Commons Select Committee for Home Affairs recommended a reform of the ‘similar fact’ rules back to ‘striking similarity’ because of the dangers associated with historic children’s homes ‘trawls’. Not only did the Government fail to act on this but it went ahead with the Criminal Justice Act 2003 which further relaxed the rules.

Although now termed ‘bad character’ and initially intended to ensure that jurors were aware of previous convictions for similar offences, the statute allowed for allegations to be mutually supportive even if they were not the subject of trial.

Since the original trawls, there has been a huge development of social media and the internet prejudicing potential defendants. The integrity of our justice system is at breaking point.

There is a pressing need for reform of the current rules to establish necessary safeguards against injustice.