The popular image of false or pseudo memory is of a hypnotherapist implanting an idea into the mind of a patient who is then fixated with a false belief. While this can happen the process is usually more subtle and more insidious. 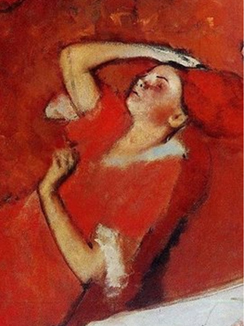 Many adults have lifestyle and psychosexual problems. They may suffer from more serious problems such as an eating disorder or addiction. It is natural to look for a cause in the past and wonder what childhood events might have poisoned their adult life.

Since the 1980s childhood sexual abuse has become a popular overarching explanation of problems. And because most people’s memories of childhood are fragmentary, with large gaps, it is all too easy to imagine a hidden history.

The claims about ‘recovered memory’ fuelled this tendency. It was said that the events were so traumatic that victims ‘repressed’ or ‘dissociated’ the memories, so that the victim has no conscious recollection of it happening. There is no scientific basis for this idea. While it is possible to forget many events because they were not significant, traumatic emotionally charged events live on in the memory all too clearly.

But the idea of repressed memory as a hidden cause satisfied many people’s desires for an explanation of current woes. And rather than having to address the messy mundane reality of growing up and the here and now, they could take cover in the status of being the victim of an obscene narrative.

Many things can contribute to a ‘false memory’ narrative. In general the first stage is the belief in a hidden memory as a cause of problems. Although this may be suggested in therapy, there are many pointers to the belief in popular culture. Misery memoires are prevalent template: an adult, often pseudonymous, retails their life story of abject misery and abuse, with italicised sections for ‘flashbacks’ reliving the abuse in adulthood in the present tense. The thicket of suffering leaves its imprint on the detritus of adult life until a therapeutic resurrection delivers a happy, prosperous and well-adjusted survivor.

The ‘mislit’ image sanctifies victimhood and also acts as a smokescreen, absolving the victim from personal responsibility for faults and misconduct. Whatever their failings, sexual abuse is to blame. In this way there can be a perverse incentive to create an imaginary history of abuse.

The ‘false memory’ narrative may not be easy to distinguish from a fabricated or true history. Many false or mistaken complainants will say they have always remembered the abuse, but may have convinced themselves of this as part of an evolving narrative. For instance, they may say it was ‘locked in their brain’ but latterly interpret this as being remembered all along. They see the alleged unconscious hypothetical ‘memory’ which was actually only pieced together in adulthood as a form on continuous memory.

Terms such as ‘flashbacks’ ‘body memories’ ‘triggers’ ‘blocked out’ are frequent indicators of pseudo narrative construction. As the belief takes hold, mental images may come to the fore; there may be vivid dreams and nightmares; books, movies and objects may give rise to strong sensations. Interpreting these markers as clues to a hidden history, a story comes to life.

Although the ‘remembering’ is said to be therapeutic, people who succumb to intense narrative construction tend to become more obsessed and divorced from reality. Many of the problems they thought they had solved are exacerbated. It is often an exasperated partner or friend who steers the matter towards a police report, sometimes decades after the alleged offences and maybe years after the narrative had taken hold.

In some cases where there is overt evidence of recovered and false memory, expert opinion may be relevant. But the courts are very restrictive as to when this is admissible. Therapy notes and diaries may provide relevant evidence where available.